How can I best reach the Costa Cálida?

The Costa Cálida is in the Murcia region. You can reach the Costa Cálida quickly and comfortably by flying into Alicante or to Corvera / Murcia international airports. From Scandinavia and the United Kingdom, there are several daily flights to our business area via Alicante and Murcia, with companies including Ryanair, Norwegian Airlines, Easyjet, Jet2 and SAS.

The Costa Cálida and its inhabitants

A considerable part of the Costa Cálida is quite rough and undeveloped and therefore less touristy than the southern Costa Blanca for example. The most densely built-up area on the Costa Cálida is around the Mar Menor, Cartagena and the provincial capital of Murcia. The population of the city of Murcia is 400,000.

The climate on the Costa Cálida

he Costa Cálida is blessed with the well-known mild Mediterranean climate where homeowners on the Costa Cálida enjoy more than 300 sunny days a year. In winter, minimum daytime temperatures fluctuate between 13 and 15°C and maximum temperatures vary between 20 and 22°C. It’s these pleasant temperatures that make this region particularly suitable for visiting during winter and for purchasing a second home in order to escape to warmer climes.

Summer temperatures on the Costa Cálida in Spain range from 18-20°C minimum to 30-33°C maximum. The average annual temperature is 19°C.

Famous places on the Costa Cálida

The Costa Cálida is known for the Mar Menor, an inland lagoon that is known for its relatively shallow water with little to no waves. The crystal clear waters of the Mar Menor are surrounded by miles of white sandy beaches and have important therapeutic value for many visitors to the region.

Visitors and tourists often see the Mar Menor as an open-air spa due to the high concentrations of mineral salts and iodine which prove to be beneficial for all kinds of skin conditions. Due to the high salt content and the medicinal mud baths in the area, the communities around the Mar Menor are also referred to as a natural spa towns.

A popular place to enjoy the mud baths is the village of San Pedro del Pinatar which is located on the border of the Costa Cálida and the southern Costa Blanca. The clean air, many hours of sunshine and pleasant temperatures ensure that people with respiratory diseases such as bronchitis, asthma or COPD also see a significant decrease in their symptoms.

Activities in and around the waters of the Mar Menor

The entire region around the Mar Menor can be labelled as one large nature reserve, especially the Parque Regional de las Salinas de San Pedro. This nature reserve is found in the northern half of the Costa Calida and consists of a complex network of ponds and basins in which numerous bird species can be found. You can walk for hours on the well-maintained footpaths both in this reserve and in the more southerly located Parque Regional de Calblanque. The presence of various bird species can be observed on such walks, including pink flamingos looking for food in large groups in the salt lakes.

The port city of Cartagena

Cartagena is the Costa Cálida’s second city and has 200,000 inhabitants. This historic port city houses many monuments, museums and a wealth of architecture.

Cartagena was a strategically fortified port city on the Mediterranean Sea for more than 2,000 years. The city has an interesting strategic location by the sea with the coast of Africa just 200 kilometres away. This strategic location has ensured that different cultures have left their mark on the heritage of this impressive city on the Costa Cálida throughout the centuries. The maritime enclave was visited by the Carthaginians and the Romans, the impact of which can be seen in the unique historical centre.

Cartagena was reportedly founded around the 3rd century BC during the first Punic War. The Roman history of the Costa Cálida can also be explored in Cartagena. A visit to the amphitheatre and the old cathedral, which was built in the 1st century on behalf of James the Apostle, should certainly not be missed during a visit to this historic city. Cartagena is an hour's drive from Murcia airport.

Three museums in the city of Cartagena allow you to dig deep into the past of the Costa Cálida. The museums show you Roman and Arab finds that have been found both on land and in the Mediterranean over the years.

Today, the port of Cartagena is one of Spain’s most important trading points and is also the home of the Spanish Navy. Cartagena is also one of the ports of call for cruise ships during their cruise through the Mediterranean sea. 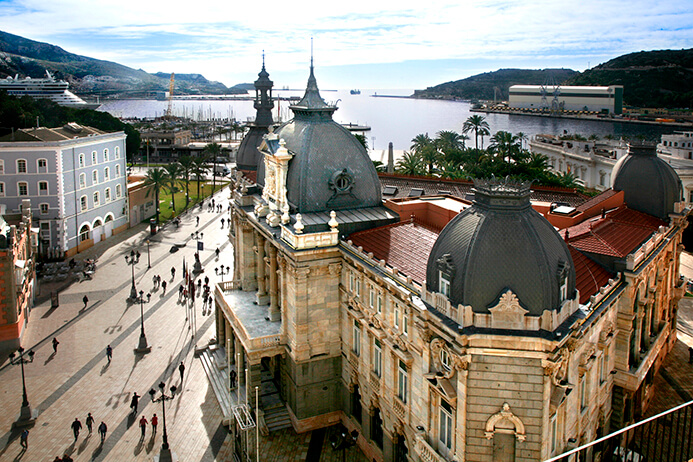 Murcia, the capital of the Costa Cálida

The city of Murcia is the capital of the province of the same name. It is also the largest city on the Costa Cálida. The city, which gives its name to the entire province, is located 40 kilometres from the Mediterranean Sea. Murcia is a beautiful city with a lot to discover. The city offers all conceivable amenities, as well as a rich history, which is still reflected in its cultural and artistic appearance. Around La Traperia, the main street, you can experience Murcia's city life at its core. Here you will find numerous designer clothing shops, restaurants, as well as banks and insurance offices. The main street leads to the beautiful cathedral of Murcia.

Murcia is a city with Arab roots and lies on the Segura River, surrounded by a mountain range. Because of this enclosed location, the temperature in Murcia city is often 2 to 6 degrees higher than on the coast. This can cause high temperatures during the day, especially in the summer months of July and August. If you want to visit the city of Murcia during mid-summer, it is best to do so in the evenings, as it is quite hot during the day. In the evenings, the city is alive with the bustle of people and a truly Spanish atmosphere. 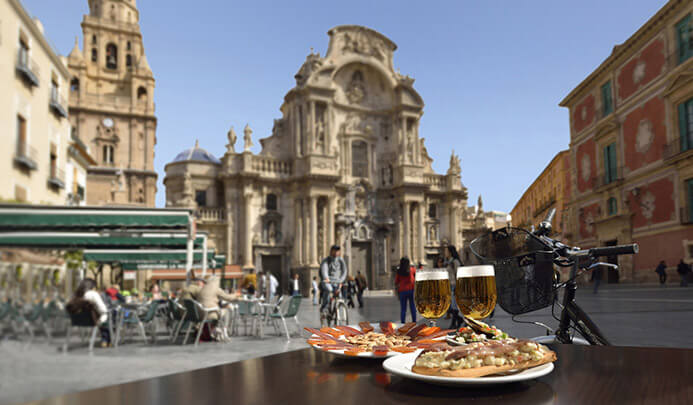 Murcia, the vegetable garden of Europe

The city and region of Murcia are also known for the variety of leafy greens, olives, and many other fruits and vegetables. Due to the mild climate and fertile soil, Murcia is also known as the vegetable garden of Europe. You will find countless fruit and vegetable plantations just outside the city. It’s therefore no wonder that you are able to enjoy an excellent dinner in Murcia. Vegetarians should definitely try Piso - a local rice dish. Yet meat and fish eaters are also sure to find what they are looking for, as restaurants often have an extensive menu.

In addition to culinary delights, Murcia’s historic buildings are also worth a visit. The former city wall from the 7th century is still partially preserved. The Romea Theatre, built from pink and grey stone in the 19th century, is also one of the most important buildings in Spain and definitely worth a visit when in Murcia.

The Costa Cálida is not just popular with Northern Europeans, Spaniards also find their way there during public holidays, weekends and summer breaks. From Murcia city you can be on one of the beautiful sandy beaches of the Costa Cálida within forty minutes. 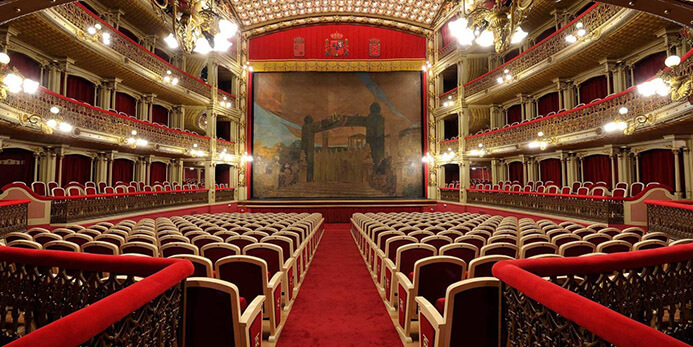 Relaxation and recreation on the Costa Cálida

The Costa Cálida offers a wide variety of sports and recreational activities on the water. Both the larger cities of Murcia and Cartagena, as well as smaller resorts such as San Javier, Pilar de Horadada, Los Alcázares, Torre de la Horadada and San Pedro del Pinatar host several modern sports centres. These sports centres often have extensive squash and tennis facilities where you can rent a court.

A variety of riding schools offer guided horse rides and even riding lessons. The Costa Blanca and the Costa Cálida are also a true paradise for golfers. There are several beautiful golf courses on the Costa Cálida with affordable green fees.

There are many kilometres of paths in the region, around numerous salt lakes, as well as along the coastline – tempting for both runners and walkers. A large part of the area is fairly flat with quiet roads so that cyclists can also enjoy themselves here.

There are several ports along the Costa Cálida where you can rent boats for recreational use. Boats are often rented with a captain employed by the rental company.

Most water sports enthusiasts will be delighted by the presence of diving schools, windsurfing opportunities and sailing schools.

Gastronomy on the Costa Cálida

Fertile soil is characteristic of the interior of the Costa Cálida, where there is a lot of agriculture. Citrus fruits, including oranges, mandarins, lemons and limes, are widely grown in the Murcia region. You will encounter fields full of orange trees as you drive inland on the Costa Cálida. You will see fields full of orange and yellow citrus fruits, especially in the winter months of December, January and February.

There is a large selection of fresh fruits and vegetables almost all year round, which forms the basis of many dishes from the regional cuisine of the Costa Cálida. Think tomatoes, cucumbers, radishes and artichokes, as well as watermelons and grapes.

Rice dishes on the Costa Cálida

Rice is also common in the region and finds its way into many local dishes. The abundant and varied seafood from the Mar Menor and the Mediterranean Sea, together with game and meat from cattle that graze in the nearby mountains, forms a tasty picture.

A number of typical dishes that are widely available in the local restaurants on the Costa Cálida are: "arroz y conejo" - rice with rabbit, "arroz de verduras" - rice and vegetables, "arroz y costillejas" - rice and ribs, "arroz marinero" - seafood rice and "paella huertana" - a vegetarian paella.

Many desserts, including ice cream, cakes, biscuits, and nougat, are often made with almonds from the region.

The excellent wines from Jumilla and Yecla are known for their full body and round, fruity bouquet throughout Spain and beyond. There is even a designated wine route that guides you through the interior of the province of Murcia, past a variety rolling vineyards. 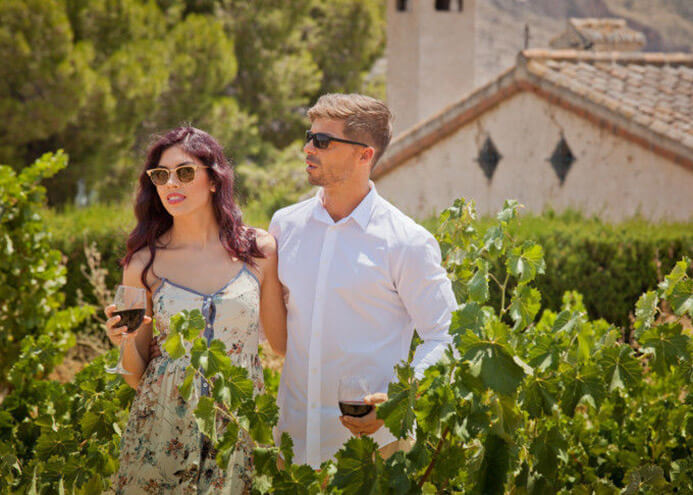 The Costa Cálida has many good to very good restaurants. In the city of Cartagena there is a restaurant with a Michelin star - "Magoga". Located in the centre of Cartagena on the Plaza Dr. Vicente Garcia Marco this restaurant is headed by female chef María Gómez. Advance reservation is a must and can be done via the restaurant's website.

Buying a house on the Costa Cálida

As you have read, there are more than enough reasons to buy a second home on the Costa Cálida. Ibérica-Estates, the Dutch-speaking real estate agent, has assisted hundreds of clients with the purchase of a second home in Spain in recent years. Take advantage of our full guidance when purchasing a property in Spain.

View our range of new and existing properties on the Costa Cálida online here. 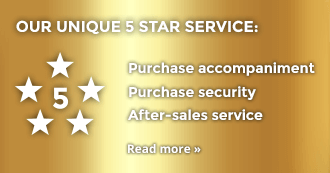 Your free brochure: Valuable tips when buying property in spain 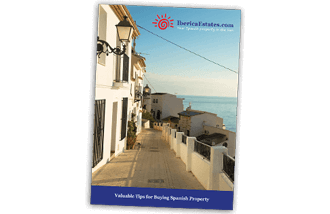 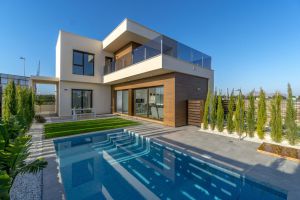 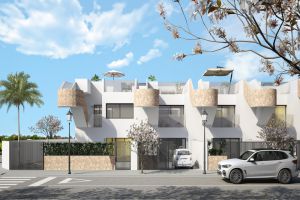 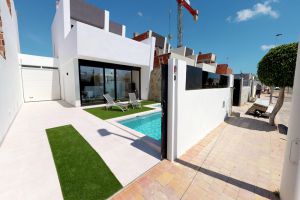 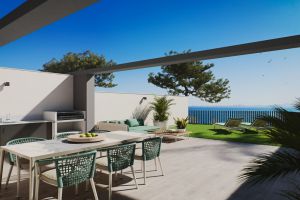 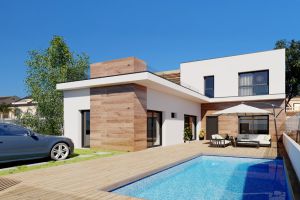 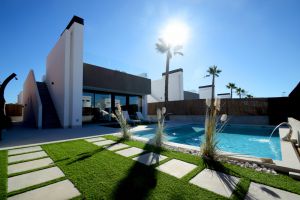 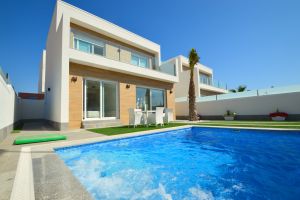 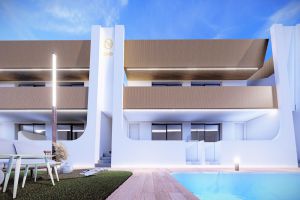